He was born in Pécs on 26 August 1901. He accomplished his geographical studies at the Budapest University of Sciences and at Erzsébet University of Pécs Faculty of Arts and Humanities Department of geography. In 1923 he obtained a diploma of geography and history teacher, since then he worked as a secondary school teacher and in 1925 he obtained a Ph.D. degree. In 1926 he won scholarship in Zurich, and in 1927 in Budapest, at Pál Teleki’s Department and then he worked as an assistant professor in Pécs. In 1932 he was habilitated as a private lecturer. Due to the critical situation of Pécs Faculty he moved to Szekszárd in 1933, and then to Szeged in 1941.

From 1943 until his death (24 July 1965) he was the director of Transdanubian Research Institute. he established in 1943. In 1948, he participated in the organization of the Teacher’s Training College in Pécs which he was also the first director of.

His major research field was physical geography, and he won professional recognition by his research results in morphology, hydrology and karst research. He conducted researches mainly in Pécs, Baranya County and the South-Transdanubian region. He prepared more than fifty scientific opinions mainly on the problems of urban water supply solution in Pécs and other places. He published several studies on Pécs, in particular, on its special characteristics originating from geographical location. His works included demographic elements, historical and political geography as well, and his researches on the Balkans very significant, by which called for the establishment of a Balkan research institute.

He regularly participated on international conferences and he was a corresponding member of the U.S. National Speleological Society.

He actively participated in local professional public affairs, he was Secretary General of the Mecsek Association, member of Parliament as a representative of the city of Pécs for several years years, and member of the Inter-Parliamentary Union’s Committee in Hungary. In 1955 he was awarded by an Order of Merit for Labour. In 1964 he was awarded by the Hungarian Cave and Karst Research Society’s Medal in honour of Kadič Ottokár.

The second director of TRI was born in Komlósd (Somogy County) on 20 January 1906. He finished Kispest Reál High School in 1927, and graduated from Erzsébet University of Pécs, Faculty of Humanities Department of Hungarian and World History with a teacher’s degree (1931) and then with a doctoral degree.

He was invited by Zoltán Szabó Pál geographer to the Transdanubian Research Institute, to work first as a fellow historian, therefore, he requested his transfer from the Cluj University to Pécs, where he moved back in the summer of 1944. He worked in the Institute until his retirement (1972). After Zoltán Szabó Pál’s death (1965) he became the director of the institute.

From 1930 he regularly wrote studies on the history of the city of Pécs dealing with topics such as chamber administration, awarding royal city rank, the first German settlers in the Turkish rule, etc.

In the years following World War II soon he changed his orientation of studies as instead of studying persons, events and institutional history he was dealing with economic history being a more topical issue at that time. He was trying to reveal first, the past of his narrow environment: the Mecsek region’s economic life in order to benefit from the experience. His research in Pécs primarily turned towards mining history, a completely neglected topic.

On the basis of the research results presented in the book ‘The History of Coal Mining in the Zone of Pécs’ published in 1952 he received a PhD degree in history from the Hungarian Academy of Sciences.

In 1979, he handed over his personal property, a set of mining research records to the Mining Collection of the City of Pécs. The collection is preserved now as a deposit of Baranya County Archives. For several years he was the editor of the Transdanubian Research Institute’s “Értekezések” (Treatises) series.

As a science organizer he organized several conferences. When he retired he organized a conference series with the assistance of Baranya, Somogy, Tolna and Zala County Councils where every two years the results of not only of history, but also other disciplines were presented relevant to the county. He was a founding member of the History Section of the Scientific Knowledge Society in Baranya County.

In 1982 he was awarded by the commemorative medal of Erik Molnar from the Hungarian Historical Society.

He was born on 13 January 1921 in Timisoara. He completed his piarist grammar school studies in Debrecen. He obtained a university degree in law in this city as well. in 1943.

After being released from a prisoner of war camp, he returned home and worked in Tolna county administration. He was employed as a county clerk as well. In 1949 worked for the Ministry of the Interior Ministry and was responsible for the training of civil servants. His university professor career started at the Budapest University of Economics in 1951 as a university lecturer. In 1956 he was appointed as head of the Department of State Law at the University of Pécs. In 1957 after obtaining a PhD degree he earned the rank of university professor. Between 1957-1964 he was the Dean of the Faculty. In 1962, he obtained a PhD degree in Political Sciences and Law. In 1973 he becama a corresponding member and in 1979 a full member of the Hungarian Academy of Sciences.

In 1973 he became the director of the Transdanubian Research Institute, he opened a new era in the life of the Institute by organizing it into a centre for basic researches in regional development .

Ottó Bihari had a major role in organizing the region’s scientific life, such as the foundation of the Faculty of Economics at the University Pécs and the establishment of the Academic Committee in Pécs, of which he was the Vice-President between 1969-73 and President from 1973 until his death.

His scientific and science organization work was recognized by State Award in 1975.
In particular, he specialised in constitutional law but as the head of TRI his major contribution was introducing the interdisciplinary research of regional issues in the institute. He investigated the theoretical issues of socialist state organization and administration but unlike most of his contemporaries he based his research on a broad sphere of international literature. He wrote several academic books on constitutional law. He actively participated in the preparation of Constitution and other acts such as council acts. 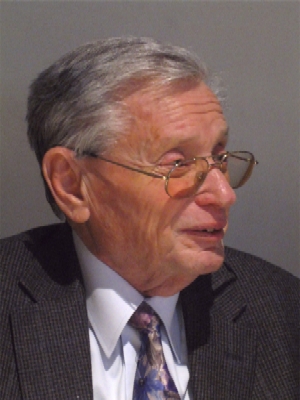 György Enyedi was born on 25 August 1930 in Budapest. He obtained a university degree in economics at Karl Marx University of Economic Sciences in Budapest in 1953 and until 1957 he was a lecturer at the same institution. From 1955 until 1960 he worked at the University of Agricultural Sciences in Gödöllő as a university professor. In 1960 he became a member of the Geographical Research Group of the Hungarian Academy of Sciences. He became an associate at the successor Geographical Research Institute founded in 1967. He became head of department in 1960, deputy director between 1962-1972, senior research associate in 1974, and head of department between 1978 and 1983. Between 1983-1984 he was the Director of the Transdanubian Institute. From 1984 until 1992 he was the Director General of Centre for Regional Studies HAS and worked as a research professor from 1991. Meanwhile, he presented lectures at many prestigious institutions of higher education: in 1962 at the Kossuth Lajos University, from 1972 until 1974 at the University of Montpellier in 1985 and 1990, the Janus Pannonius University in 1990 and from the Eötvös Loránd University.

Gyula Horváth was an internationally acknowledged and leading personality within Hungarian regional science. His research focused on the exploration of spatial processes in Europe, Hungary and the Carpathian Basin. He was an extremely productive scientist and he published his scientific achievements in dozens of monographs, edited volumes, as well as several hundreds of scientific studies in Hungary and abroad. He successfully and frequently obtained research grants both in Hungary and from international sources in order to promote scientific endeavour at the Centre for Regional Studies. His knowledge was also frequently sought by regional development agencies, planning authorities, and several different international expert bodies. He was also a founding figure of modern Hungarian regional studies and established doctoral schools in regional science as well as university educational programmes. The trans-border schools of Hungarian regional science were organised with his assistance. Scientific schools and generations of scholars are thankful for all his support.

Gyula Horváth was a central figure in the scientific community. He was the founding president of the Hungarian Regional Science Association, a member of the Kossuth and Széchenyi Award’s Architectural and Regional Development Subcommittee. He was the president of the Committee on Regional Science of the Hungarian Academy of Sciences, member of the Academia Europaea (London), and of the Hungarian Science Abroad Presidential Committee. He was also member of the Executive Board of the Association of European Schools of Planning and the regional policy evaluation committee of the Research and Technological Development Programme of the European Union. He also served on the editorial boards of different domestic and international journals.

Besides several other prizes and awards he was granted the Széchenyi Scholarship, the Pro Regio Award, the Award of the Hungarian Academy of Sciences and the Hungarian Government’s Széchenyi Award. His rising scientific career, nomination as the corresponding membership of the HAS and his submitted application for the position of the Director General of the CERS HAS were interrupted by his tragic departure.

Head of Transdanubian Research Department between: 2012-2017 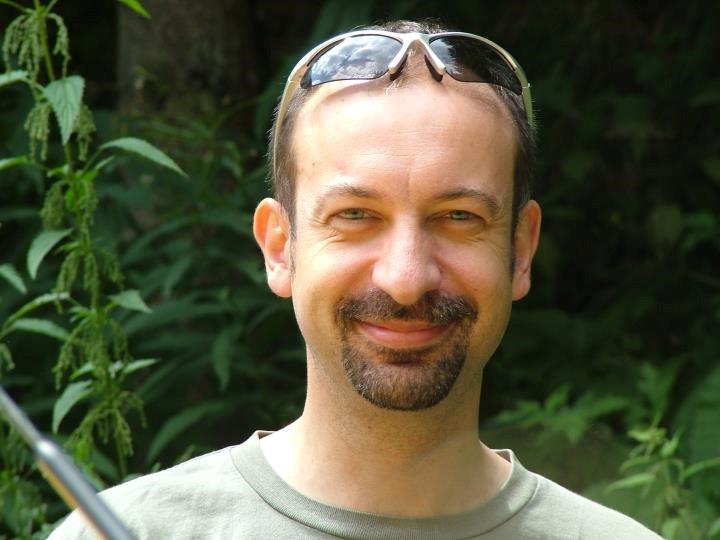 Head of Transdanubian Research Department since: 2017